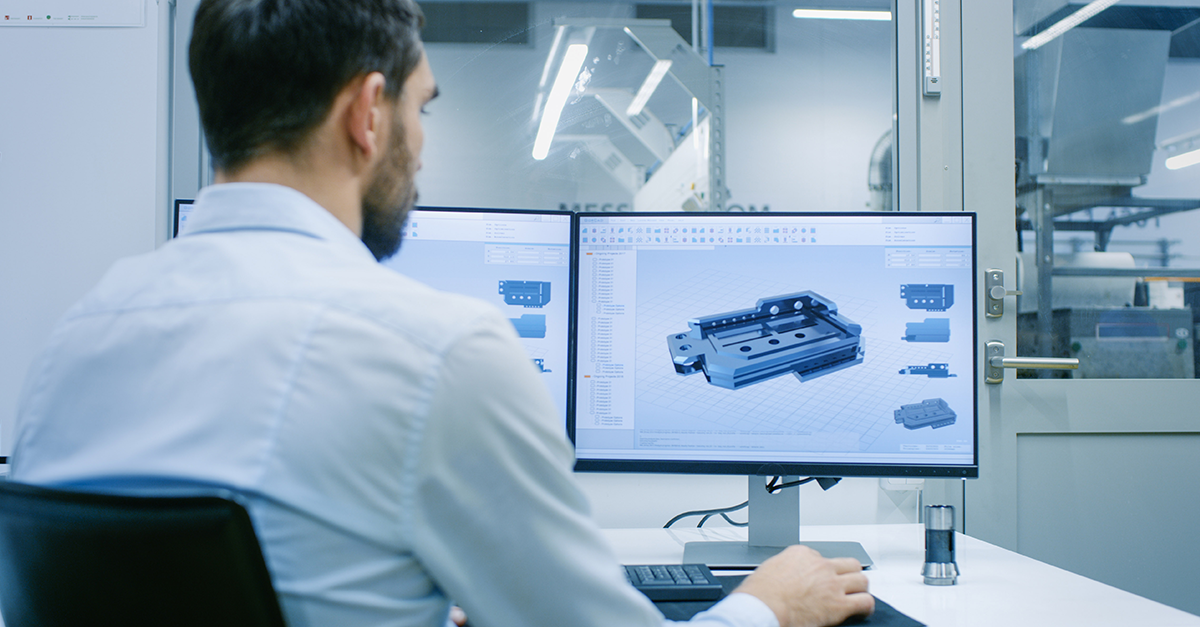 The design process for manufactured components often starts with looking at the purpose that the part will serve as a component in the overall product. However, as early as possible in the design process, it is important for product designers to anticipate and plan for the manufacturability of the component. This blog provides guidance on how to begin to design for manufacturability when a component will be plastic injection molded.

Why Design for Manufacturability?

The design phase is the least expensive time to identify and address problems that could occur when it comes time to manufacture a component. While defects that occur in plastic injection molding can be connected to material temperature, injection pressure, or cooling time, in many cases, problems must be corrected in the design of the part itself in order to avoid defects.

A qualified plastic injection molding manufacturer will carry out design for manufacturability (DFM) using mold flow simulation software, a checklist for DFM in plastic injection molding, and other tools to anticipate and prevent problems with the design, mold, materials, and processes. However, when product designers are able to provide designs that have been optimized for the manufacturing processes and materials that will be used to produce the part, this reduces the need for extensive design revisions during DFM.

Quality part designs anticipate problems that can occur during the manufacturing process that will be used to create a part. In plastic injection molding, a plastic resin material is melted in the injection molding machine and then injected into a mold, where it cools and solidifies into the final part or parts. The process consists of four stages:

After the ejection and removal of the part or parts, the mold closes for the injection of the next shot, starting the next cycle.

Below are some of the design best practices for preventing problems that arise during the last two phases of plastic injection molding. Specific guidelines for injection molded part design must be used that are unique to the material selected.

Coring — cutting away blocks of material that don’t contribute substantially to strength or function — can help. To keep coring from causing the part to warp or be structurally unsound, ribs can be added. Rib thickness should be no more than 70% of the nominal wall thickness at the base (largest measurement) of the draft (see below), and the distance between ribs should be greater than 3 times the nominal wall thickness.

Bosses are used in parts that will be part of an assembly, such as a receptacle for a screw or threaded insert or as the locator for a mating pin on another part. Bosses should be cored to the bottom of the boss to maintain uniform wall thickness. Stand-alone bosses should be designed using the same design guidelines for ribs. Gussets and connecting ribs can be used to stabilize the boss — these should be no greater than 70% of the nominal wall thickness at their base.

Without the right draft — tapering on the vertical walls of a part — the part will either not eject or sustain damage during ejection. Typically, draft angles between 1° and 2° are required, but that requirement can vary. Required draft increases if the part requires texture (the deeper the texture, the more draft) and if the texture is on a vertical surface (in relation to the direction of the mold opening). If the part can’t be designed with draft, a mold with side-actions may be needed. Ribs should have a draft angle of at least 1/2° per side.

After the part cools, the two halves of the mold separate in opposite directions. Within each half of the part, the part’s features need to be able to release in the direction in which the mold separation is occurring. Any part features (holes, undercuts, shoulders, etc.) that can’t release in this direction will require either redesign or the use of special mold devices during manufacturing.

Special mold devices — such as actions, lifters, and collapsing tooling — add cost to the mold, and often the part will need some minor redesign to accommodate them, so if minor redesigns can be done to avoid their use, this can save money. For example, if a part has a clip or a catch used to assemble plastic parts together, designing a hole in the part may allow for the catch to be formed without the use of actions or lifters.

When text is required on a part (instructions, part numbers, logos, etc.) damage upon ejection can be prevented in design. Raised text (which is recessed in the mold) is more economical and less likely to become damaged than recessed text (which is raised in the mold). For a part with raised text on a flat, easy to reach surface, the smallest feature that can be milled is .020 inch. Text size will vary depending on the text location, due to the limitations of the machine tools that have to engrave the text on the mold. In general, simple font types such as Arial and Verdana should be used as they can be read when the text is small.

Considering whether to combine or separate parts for manufacturing can reduce expense and complexity in manufacturing plastic injection molded parts. For example:

Living hinges can combine two or three parts into one. A living hinge is a thin area of a plastic part that allows the part to be bent repeatedly without breaking. Only polyethylene and polypropylene are flexible enough materials to support the degree and frequency of bending required of a hinge. The thickness of a hinge is typically .010-.025 inches, depending on what is necessary to fill the part.

In typical applications like hand-held electronic devices, the plastic shell almost always consists of two or more plastic pieces that are assembled after molding, which are then installed and assembled as a sealed unit. Doing this not only makes the part cheaper to manufacture because of requiring less material, it also makes a better looking part with less sink marks.

By starting the design process with these considerations in mind, and following the specific guidelines provided by the plastic injection molding manufacturer that will be producing the part, product designers can start the design for manufacturability process and prevent problems that would otherwise delay or complicate the part’s completion.