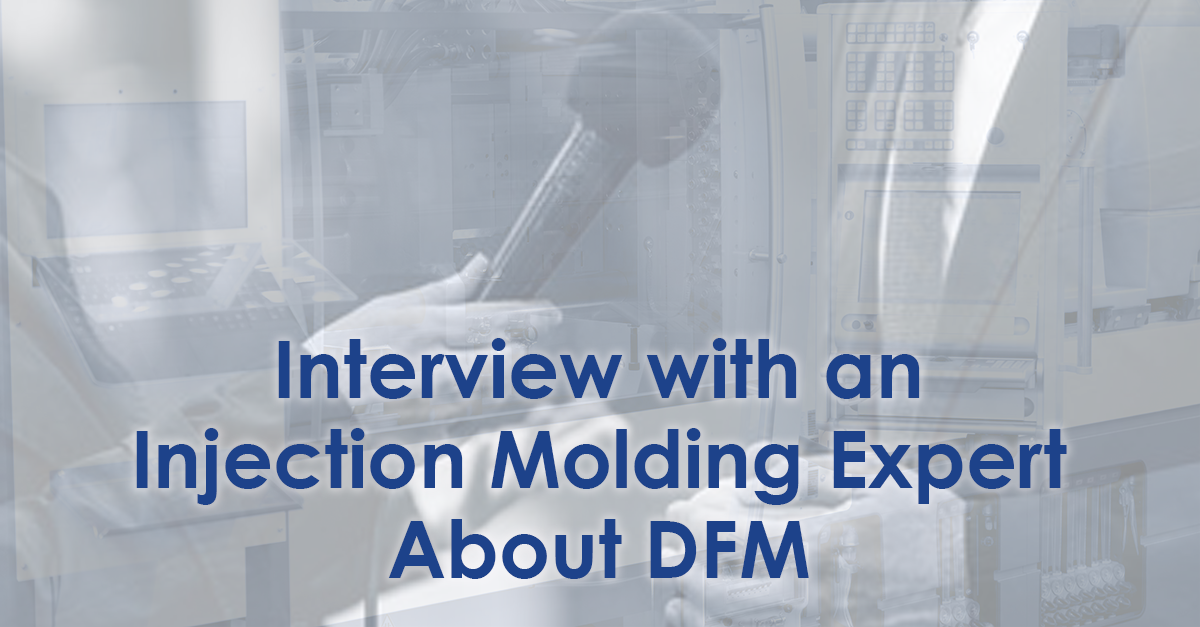 In this interview, injection molding expert Kurt Anderson explains some of the injection molding issues that can be identified and solved with design for manufacturability.   Kurt is a Mold Designer at Crescent Industries. He has decades of experience designing custom plastic injection molds, coordinating with manufacturing personnel on mold designs, and working research and development personnel to execute and implement new injection molding projects.

Speed to market is obviously a huge focus for manufacturers. How can we justify the time needed to go through the design for manufacturing steps and simulation? What are the key benefits for taking the time to conduct the DFM process?

The justification comes when you consider all of the time that will be saved in the long run. That upfront time is almost always considerably less than the time it takes to make corrections later.

Injection molding is a great manufacturing process, but just like any manufacturing process, for it to work as efficiently as possible, certain guidelines need to be followed. If you don't take the time to do that upfront, there's a very good chance that you'll run into time-consuming problems later on. Usually that’s when we're getting closer to sampling and production, and at that point the delays are much more difficult to deal with, since it usually involves modifying the mold.

How has the DFM process saved manufacturers time on the back end of a project by ensuring them a successful outcome?

Sometimes, potential issues with the part design aren't really obvious. Taking a close look beforehand has definitely saved manufacturers time later on. One issue that we see over and over again is thick areas of the part. Injection molding requires a part that has a nominal wall thickness. If there are localized thick areas of the part, during DFM we can see the problems that would result from that thickness. One such problem is sink marks. Another is longer cycle times, as it takes longer to cool those areas. And in severe cases, we can actually have deformed parts that end up failing our quality inspection.

Another example of problems that can be solved in the DFM process is related to draft angles. For any injection molded part to work properly, we need to have proper draft, so that the part can be ejected from the mold. If that’s not present, we could have damage as the part is being ejected. Sometimes it’s a requirement that there be texture on the part, and the texture also could be damaged if we don't have the proper draft.

Are there any tools that can be used to test out potential part design during DFM?

One of the best tools for testing in DFM is mold filling simulation software. We actually take existing parts that have been manufactured, load them directly into the software, and we can simulate the entire injection molding cycle. In doing that, we can see any potential issues through the simulation, such as sink marks, voids, high pressures, high temperatures — we can even see ahead of time if there's going to be excessive warpage on the part. Also, by running the mold filling simulation, we can actually develop a process that our molding department can use when they set up this mold for the very first time in the press.

So the advantages of DFM are that we can identify numerous issues, such as the ones I’ve mentioned, and address them before the mold is produced.